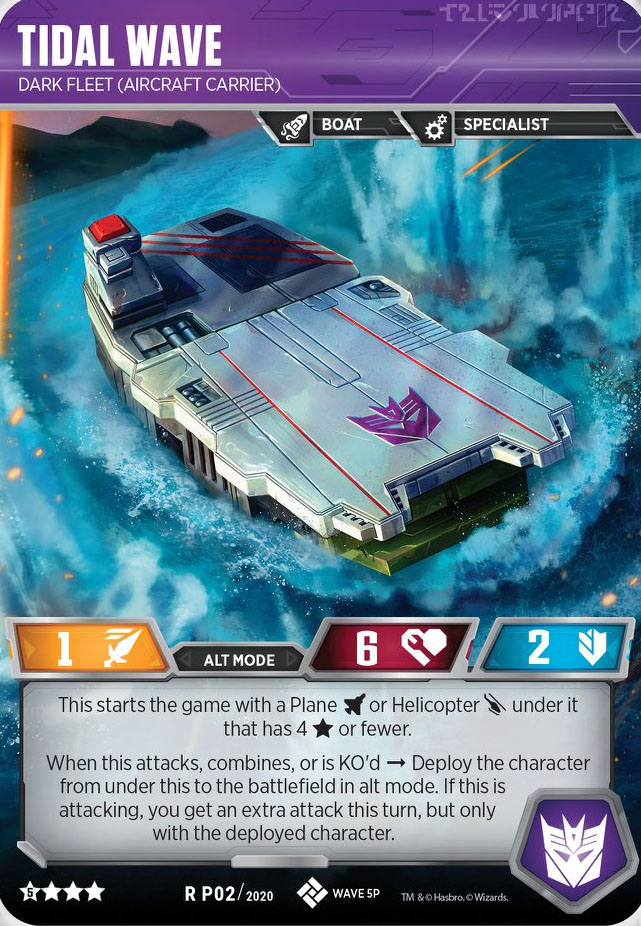 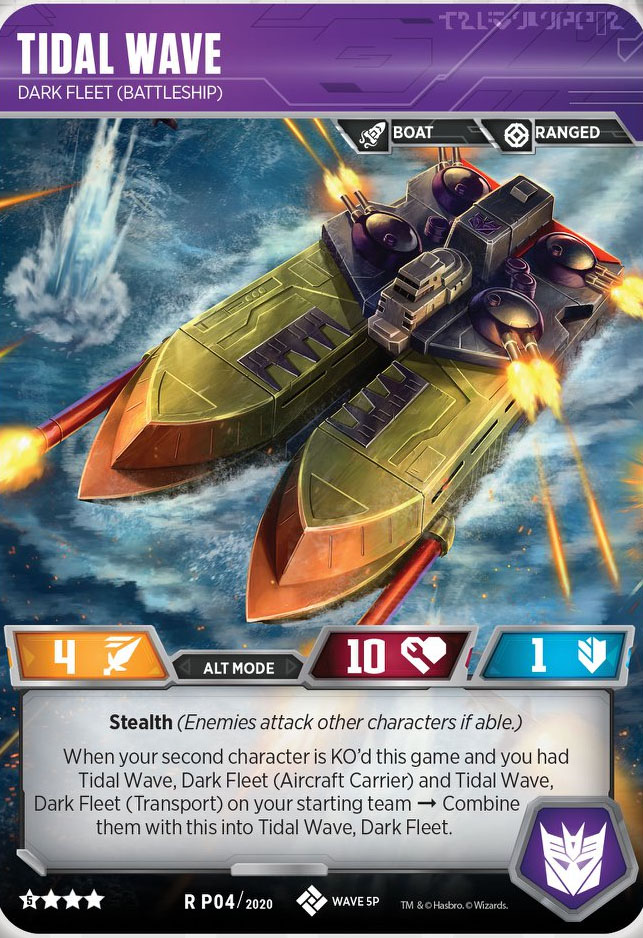 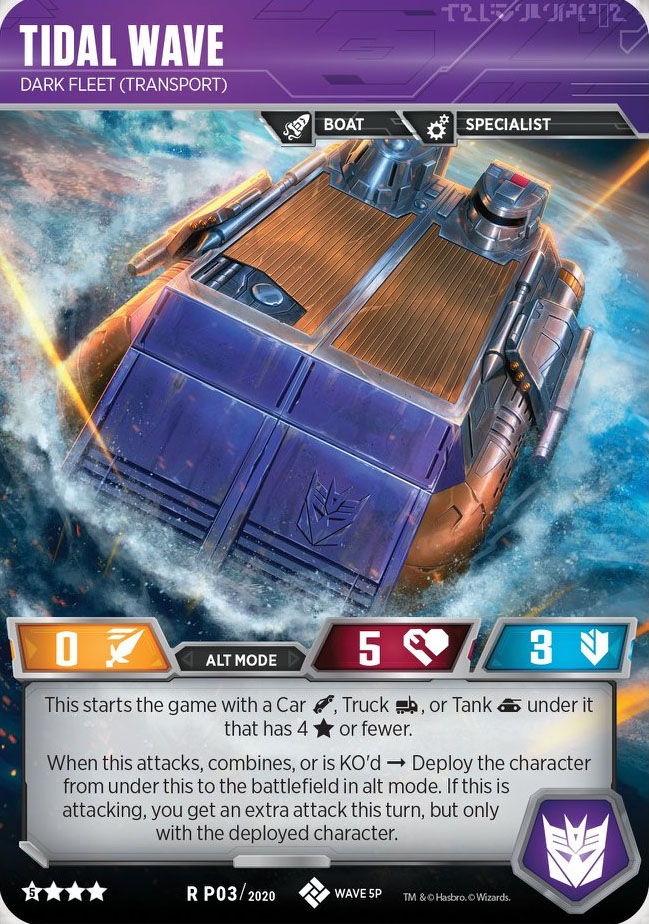 You sunk my battleship!

bot start with them which can join your team when their respective bot attacks, combines or is KO'd. There are still lots of Titan Masters Attack spoilers to go so we may still see some new 4

bots that will work well with the new Decepticon combiner but we can still take a look at the current bots that are available to work with them.

helicopter. Can't wait to see what decks you all come up with! The deck builder has been updated for [[Tidal Wave Dark Fleet]] get brewing!

so that leaves just enough room for a good one star card. 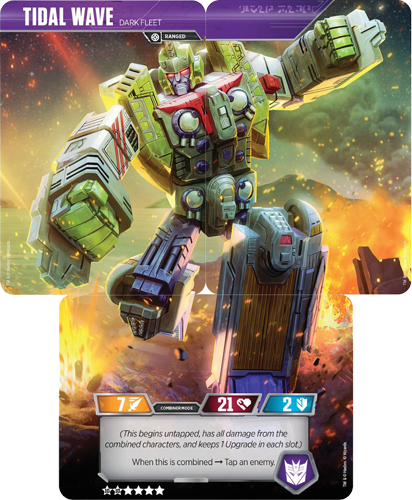