How do we choose battle cards? 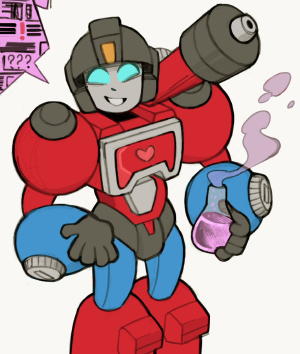 One of the great things about Transformers TCG is we don’t have to worry about the correct “curve”. In resource based TCGs like Hearthstone or Magic: The Gathering, we get to (usually) play a resource a turn, then we can use those resources to play a card (ie, on turn 1 with 1 resource we can play a card that costs 1), in my previous article, I talked about how battle cards in this game have no cost, so we don’t need to worry about having the right balance of low cost and high cost cards. We only need to think about “what kind of deck do i want to play”, a bold focused aggressive deck wants lots of orange battle icons and a blue focused defensive deck wants lots of blue battle icons.

So if we don’t have to worry about how much our cards cost, what can we use to determine what battle cards to add to our deck? Battle Icons. They are arguably the most important part of the card: you’re going to flip more cards than you draw. Decks tend to be either offensive focused (orange battle icons) or defensive focused (blue battle icons). White, green and black battle icons are more utility, but the majority of battle cards in your deck are likely to be focused on either orange or blue. 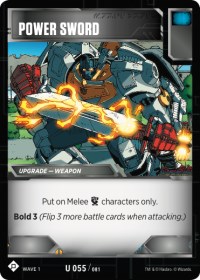 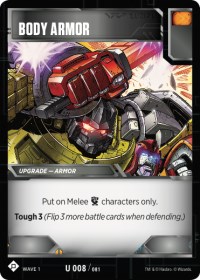 Grimlock got all the cool toys for Christmas 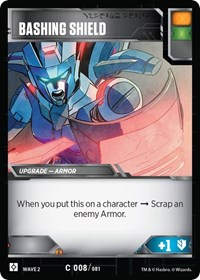 If the abilities of those cards aligned with their battle icon colours then they would be easy automatic includes. So you have to weigh the costs of if you value the battle icons more or the abilities more which make deck building more interesting Instead of worrying about the cost of cards, we are more focused on what the card does and how it synergizes with our team and other cards in the deck as well as if the battle icons of the cards align with the plan for the deck. Just because we want to play a defensive deck doesn’t mean we need to jam all the double blue pips in. Sometimes there are great defensive cards with orange battle icons.

After playing both Magic and Hearthstone for many years, it is refreshing to not have to worry too many or too few high cost or low cost cards. With Transformers TCG, it's nice to just pick characters you like and then choose battle cards that work well with them. You don't have to worry about not having enough resources to play your cards, if you draw it, you're going to get to play it.