The Cost of Nothing 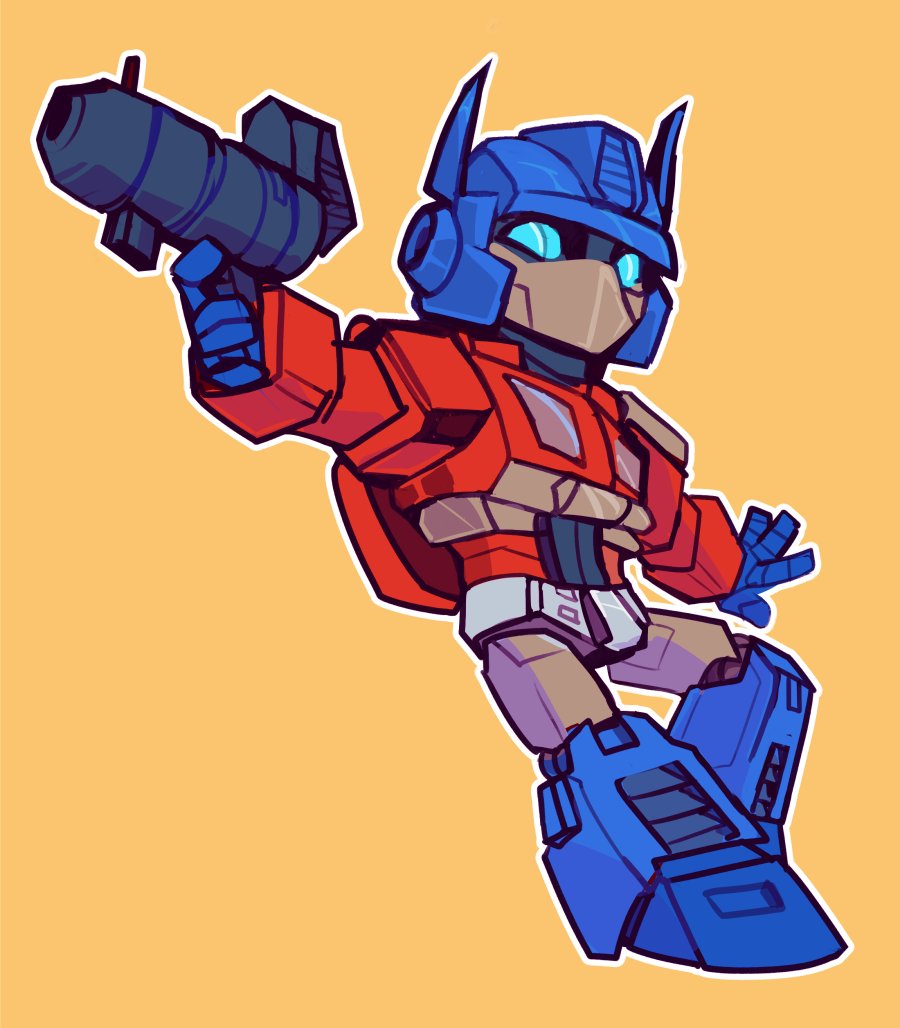 cards, they are not significantly more powerful. The design philosophy behind them are to act as filler cards when your team is less than the 25

cap. Even after their initial rollout, they seemed to be used to add cost to double battle icon cards. The cost of these

cards are paid up front as part of the

cost of your deck. Once the game begins, you can play them on turn 1 or turn 4 just like any other Battle Card. You don't need to build up any resources to eventually pay for these "more expensive cards". 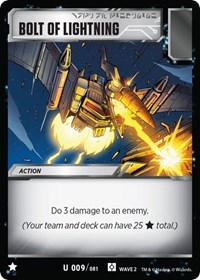 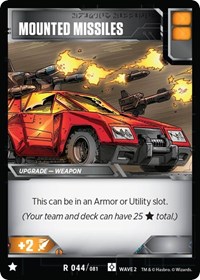 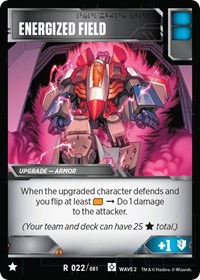 However, the smallest characters--Slammer, Scamper, and Six-Gun, at 4 stars each--mean that all of the team rosters that total 22, 23, or 24 stars will always feel incomplete. There’s just no way to make up the difference.

Since we're not building up resources that we can spend to do something that's more powerful later in the game, what are we doing? The resource restriction here is we can always play only one Action and one Upgrade every turn. So our Battle Cards don’t scale with time. In Magic: The Gathering for example we can summon small creatures in the beginning of the game and as we acquire more resources, we can summon bigger more powerful creatures later in the game. Our limitation is the amount of things we can do a turn. 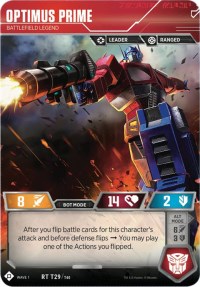 Megatron must be stopped, no matter the cost.

So if playing extra cards are so powerful why don’t those cards see more play? Prime’s power comes from when cards are flipped in combat, while [[Brainstorm]] and [[New Designs]] needs cards to be in our hand. Basically for [[Brainstorm]] to be effective, we need three Action cards to be in our hand. Where has [[Optimus Prime Battlefield Legend]] doesn’t need any cards in hand to be effective.

There are cards like [[Confidence]], [[Field Communicator]]  and [[Scrounge]] that let you gain something like drawing cards or upgrading your character and do an additional something. These are arguabely more valuable than [[Brainstorm]] or [[Special Ops Mission]] because you don't need to have the extra somethings in your hand. You get to play them off the top of your deck. While you may not know exactly what's at the top of your deck (looking at you [[Major Shockwave Applied Sciences Scientist]]), you won't have to worry about having extra resources in your hand.

Mission Prime by Heroic Nonsense, was one of the first successful competitive decks in Transformers TCG tried to really leverage both card and action advantage. It showcased the power of [[Optimus Prime Battlefield Legend]]. In fact, the first major tournament for Transformers TCG, Origins, was dominated by taking advantage of Prime's ability to play extra cards off the top of your deck.