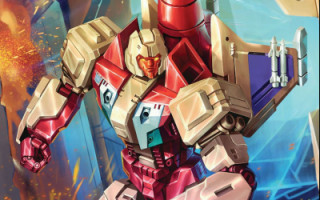 Windsweeper Pimp of the Skies

Windsweeper Pimp of the Skies

Upon the reveal of Windsweeper, immediately I knew he must be paired up with some...fly honeys.

Dad jokes aside, this is my first attempt at putting together a fun thematic list with the tank? Pimp of the Skies(tm) Windsweeper!

The function of the deck is to fuel the team up with damage using [[photon bomb]], [[scouting mission]] and [[bombing run]] to then transfer that damage every single attack by using slipstream's blanket ability for both nova storm and doubling up on windsweeper's fantastic direct damage options.

The Blue / Tough shell keeps the team alive and able to continually take damage so that they can immediately transfer it back to the opposing team.  It's punishing your opponent for damaging you! In addition to that when your planes attack, they are effectively healing for two. One goes to the opponent's character, one goes to Pimp Daddy Windsweeper cause daddy gots to get paid!

Order of operations:
This Deck wants to go SECOND so that we have fuel for damaging.

Depending on who was damaged and by how much will deturmine the activation order.  You get one upgrade or action when going second.  If you were lucky enough to get a photon bomb, this is a great time to use it!

Now that Windsweeper has damage on him, flip nova storm and send out Windsweeper.  Windsweeper before flips will transfer up to 3 damage counters to whomever he is attacking.  Magic.

He's going to take a beefy hit back, but in this blue shell deck he's most likely going to defend for 3 or 4.

Turn 2: flip windsweeper, attack with nova storm if you can find that black upgrade, if not attack with slipstream in plane mode transfering one damage token to windsweeper and one to the target.

Turn 3: flip nova storm, transfer a damage to a target.  then attack in plane mode and transfer one damage to target and one to windsweeper.  She just healed for 3!

If done effectively, your team that has 40 hit points just successfully transferred 5-6 points of damage to the opposing team.

Strategem goes into the sideboard when you want to shut down the enemy team's bold with acid storm!

Have Fun Pimping the Skies!