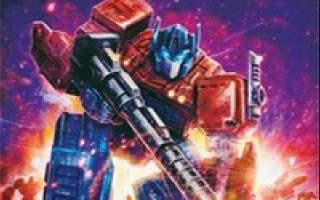 This is my Air Strike Patrol deck that we made back in november of 2019! The deck has some tricks and can switch very easily into two wide with Ultra Magnus and General Optimus to crush control. The deck itself plays pretty much like Bugs did back in 2019; without having to worry about flipping them. Just slap a weapon and power action down each turn, and tap your dudes to swing for big numbers. When up ahainst control decks in the first match, try to focus in the big threat when you have chances to do damage. Your little guys are gonna get knocker out eventually, so don't forget to flip tailwind late game.

Well swap out these cards below for what is in the sideboard.

1x Erratic Lightning, Enforcement Batons, and Scoundrel's Blaster (We swap out out of each for better weapons like Ion Blaster)

3x Reckless Charge (We don't want to damage our dudes here, so we take these out for force fields)

Remember to flip magnus turn one and send him into a target that he can KO. Don't forget he has bold 1 and tough 1 from Optimus!

Also if you want to try 5 wide, just swap in Visper and Barrage and take out Optimus and the Noble's Blaster and Vandalize for 2x Erratic Lightning