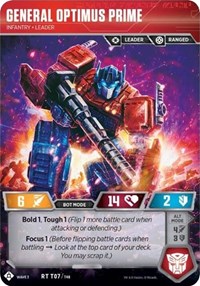 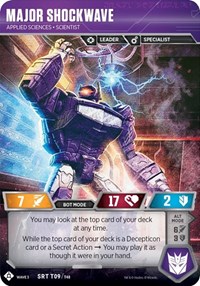 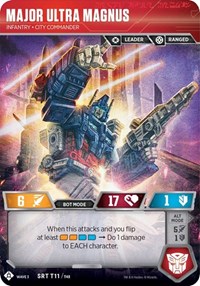 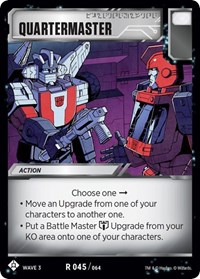 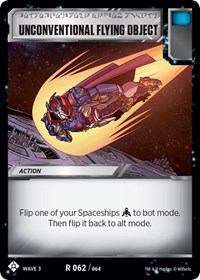 I'm still waiting for someone to do something broken with [[Emp Wave]]. But until that day comes I'll still be adding [[Steady Shot]] and [[Calculated Strike]] to all my pierce decks. [[Quartermaster]] is usually a 1 of in Battle Master decks and [[Unconventional Flying Object]] sees play with [[Major Shockwave Applied Sciences Scientist]]. 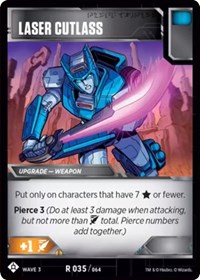 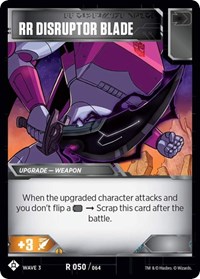 [[Laser Cutlass]] is great for the combiner decks, it gives those small bots pierce to squeeze damage in. [[Major Shockwave Applied Sciences Scientist]] toy [[LV Gamma-Disruptor Launcher]] also makes the list and [[Anticipation Engine]] turns your bot into [[Optimus Prime Battlefield Legend]]. [[RR Disruptor Blade]] was on my radar when that card was spoiled but I think it's just a worse [[Grenade Launcher]]. One day I'll get my hands on  [[Sergeant Soundblaster Weapons Arms Dealer]] and see if I can grind some value with those black battle icon weapons. 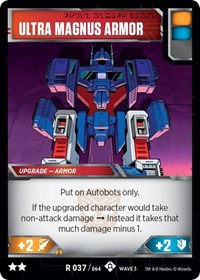 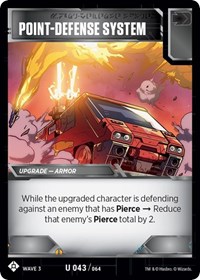 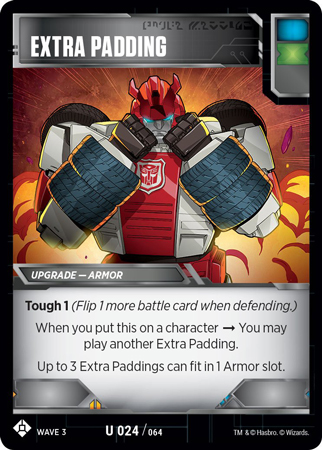 [[Extra Padding]] took a long time to grow on me. I was convinced that all my bots would wear [[Reinforced Plating]] forever! [[Point-Defense System]] is a great sideboard card and I think it'll see a lot more play since pierce decks got some goodies in Titan Masters Attack. [[Reflex Circuits]] was a surprise to me given how narrow the requirements were, maybe I didn't put enough stock into the green battle icon. With [[Major Ultra Magnus Infantry City Commander]] in the top 10 for characters it's no surprise to also see [[Ultra Magnus Armor]]. I wanted [[Emergency Defense Field]] to be so good, I'd LOVE to see an Against the Odds with [[Emergency Defense Field]] + [[Lucky Dodge]]!

restriction it's still the number one pick for utilities from War for Cybertron Siege. [[W-5 Gyro Blaster]] is great for shutting down tough and bold heavy decks, a great sideboard card. [[Metal Detector]] can get extra upgrades on to your bots and [[Basic Combat Protocol]] gives bold and an orange battle icon in the utility slot which I think is a little undervalued.

So that wraps up War for Cyberton Siege! By now everyone should be cracking boxes of Titan Masters Attack! Hope you all get some great pulls and I'll see you all next month.