Hi everyone! November just flew by. Siege II dropped and you guys created 157 decks. I thought it would fun to see what Siege II cards were most popular in the decks made in November. So lets see what you all brewed last month. 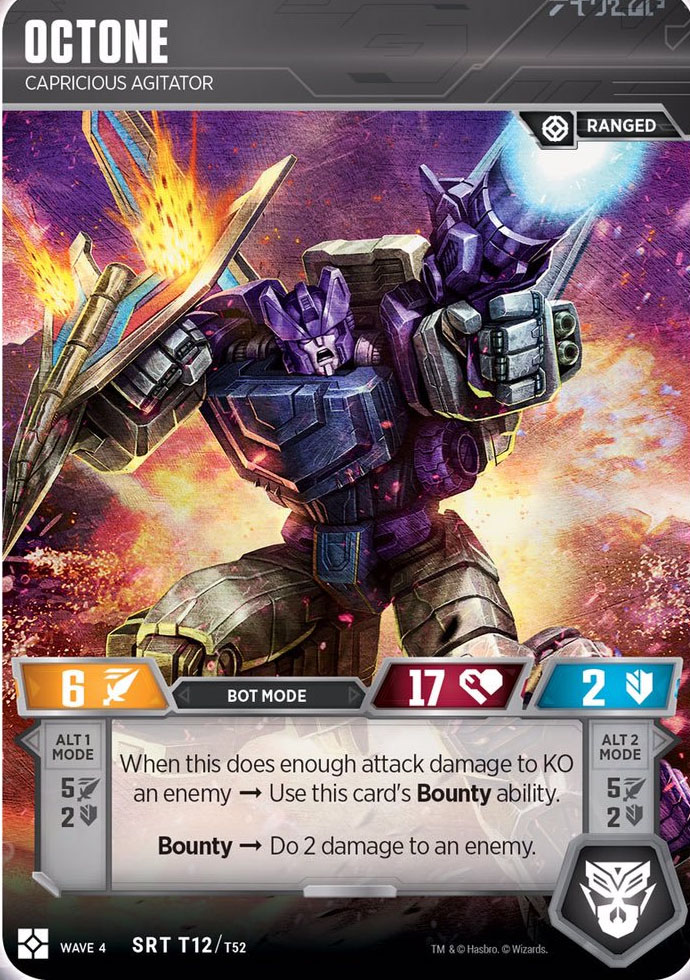 The new SRT is

against Autobots or Decepticons. Mercenaries are making a big splash with Octone taking the 4th spot at Pro-Play Dallas! And it's great to see a triple changer get some play this time around (sorry [[Blitzwing Relentless Foe]]). 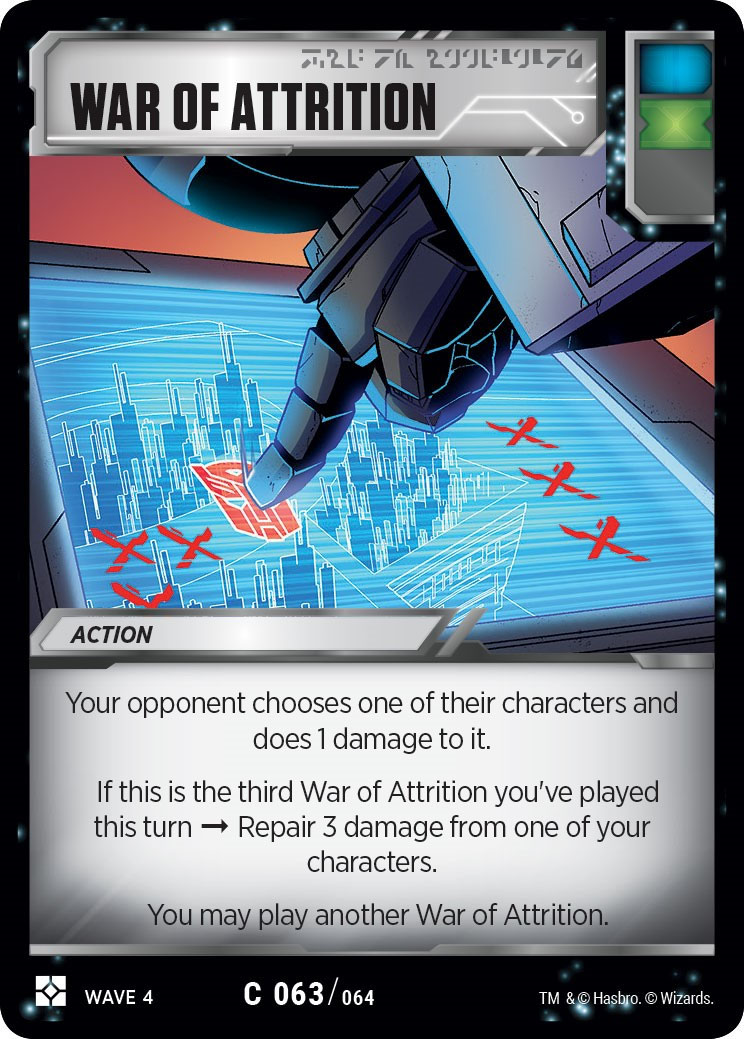 I was definitely looking forward to this card to let blue decks play a longer game. Do 3 damage and heal 3 damage could be the hugh swing you need to turn the corner and take control of the rest of the game. I like these green pip "gotta catch 'em all" cards like [[extra padding]]. It's an interesting mechanic especially when you get a nice pay off when you play all 3 in a turn. 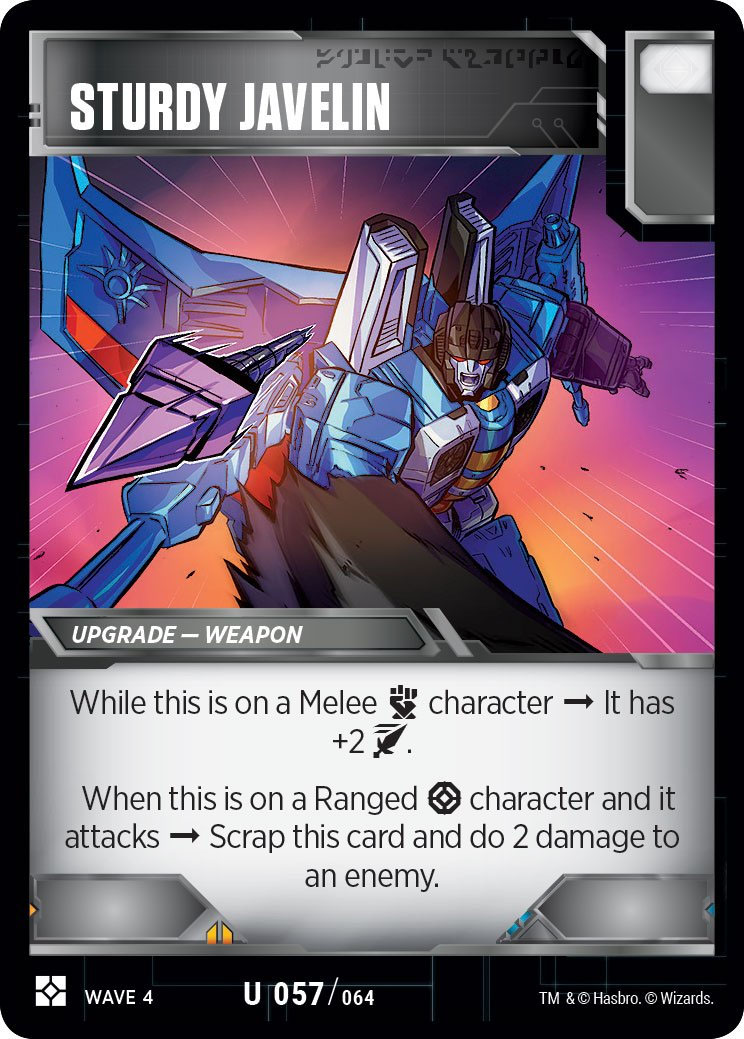 A white pip and a versatile weapon. It'll fit into any deck and it'll squeeze in 2 damage. I've seen some talk of good synergy with [[Raider Triggerhappy Air Force Gunner]]. 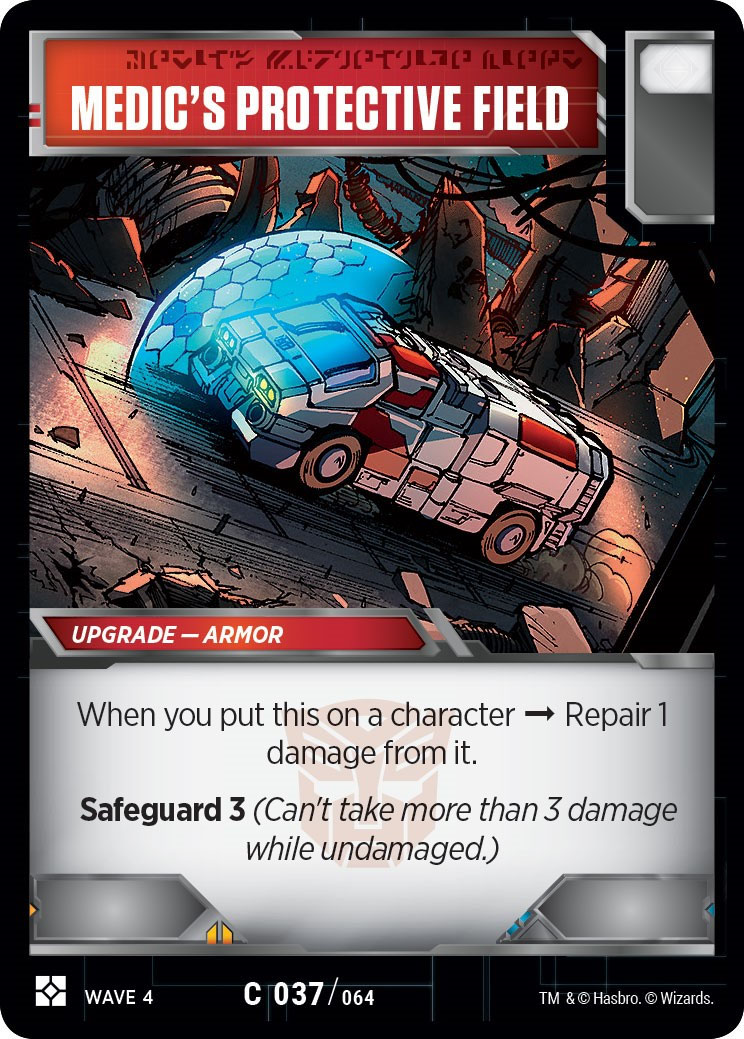 This one was a surprise to me as I wasn't really convinced Safeguard would be a useful thing. Unfortunately I haven't had an opportunity yet to get to my LGS and get in some Siege II games yet so I have yet to see Safeguard in action. [[Composite Armor]] really makes me want to try tanks again especially since [[press the advantage]] is banned now, hopefully [[megatron decepticon leader]] can finally get some reps in. 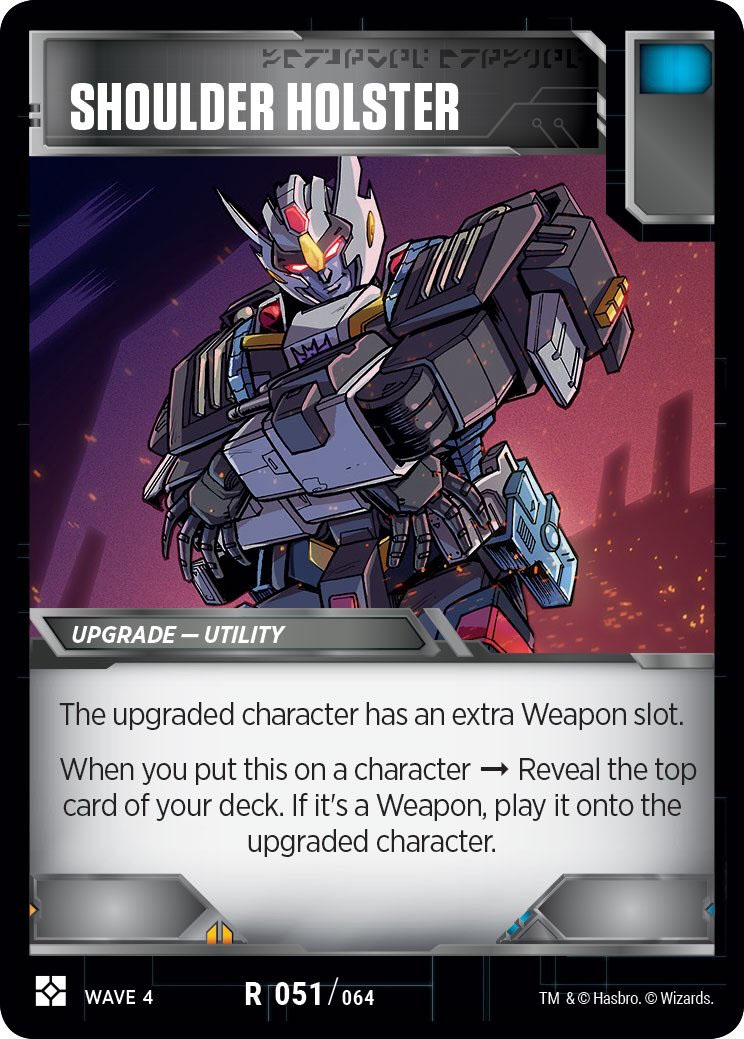 "You've got to ask yourself one question. Do I feel lucky? Well, do ya, punk?"

So that wraps up the first edition of a segment I haven't thought of a name for yet. I would like to do this monthly with a different theme. LIke how many Autobots vs Decpticons are in decks, most popular

cards or maybe how many different combinations of [[Private Lionizer Ground Command Artillery]] decks you guys can come up with. See you all next month and happy brewing!