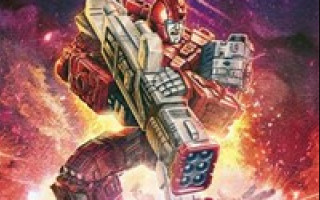 i Remember the Time on Cybertron

i Remember the Time on Cybertron

Ironhide is my favorite character. Wave 5 has given him more reason to be played because of the volume of direct damage being thrown around--but the blue-leaning decks to which his bot-mode ability might otherwise aspire are probably to be avoided. This deck slots Ironhide in place of Privates Tote and Mudslinger in a traditional Impactor/Off Road Patrol deck, giving it a solid answer to the scourge of Quake--while also maintaining a 4-wide team to stave off the PTT wheel turn of a 3-wide Sky Shadow deck.

The deck is noticeably heavier towards upgrades than actions: this maximizes the effectiveness of Treasure Hunt in increasing hand size. Hand size is important because there are only 3 green icons in the deck--Focus Fire, Focus Fire and Focus Fire. The goal is definitely to trade for all 3 and to play them all at once.

Ironically, the somewhat low base attacks of these characters probably makes the lineup vulnerable to a Wave 4 style blue deck (notice the dearth of black icons)--so Wheeljack stands by in the sideboard to throw out some serious punishment. Repair options are also placed in the sideboard to allow for some ability to play into "orange control."