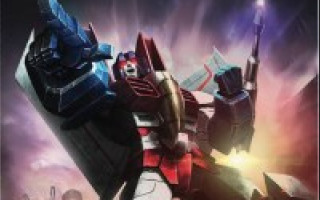 I got this idea while looking for applications for [[Villainous Spotlight]]. I wanted to make a Decepticon aggro deck that made use of the double oranges from [[Mounted Missiles]]. You can also easily side into [[Even the Score]] in another orange matchup, but the card KOs itself if you ever use it. Generally, I think [[Mounted Missiles]] is the more useful card. I originally wanted to make something with Spinister, but all the Decepticon Battle Masters are lackluster in an orange deck. Then I saw [[Starscream Air Commander]] had Bold 2, and a direct damage effect on flip. Additionally, he's 11 stars, so he's a great fit for the Air Strike Patrol. With Mounted Missiles, you have access to 8 double orange cards, plus when an Air Strike Patrol attacks, flipping an orange-green is an easy +3 attack. While this only happens once, the potential damage on any attack is pretty high.

With Starscream's ping effect and 3 copies of [[Sturdy Javelin]], this deck has pretty easy access to direct damage to finish off any bots you may have missed the KO on by a few points. I want to fit [[Magnetic Dysfunction Ray]] into the deck if I can find space for more direct damage. [[Hold The Line]] is a good option for a defensive card, potentially replacing [[Force Field]] since it serves a similar purpose, but its white-green pips make it even more helpful when flipping in battle. Overall I think this can be a solid aggro deck that I can't wait to take to locals once this pandemic blows over. Next I want to take a look at [[Heroic Spotlight]] for a defensive Autobot deck, likely with [[Heroic Resolve]]